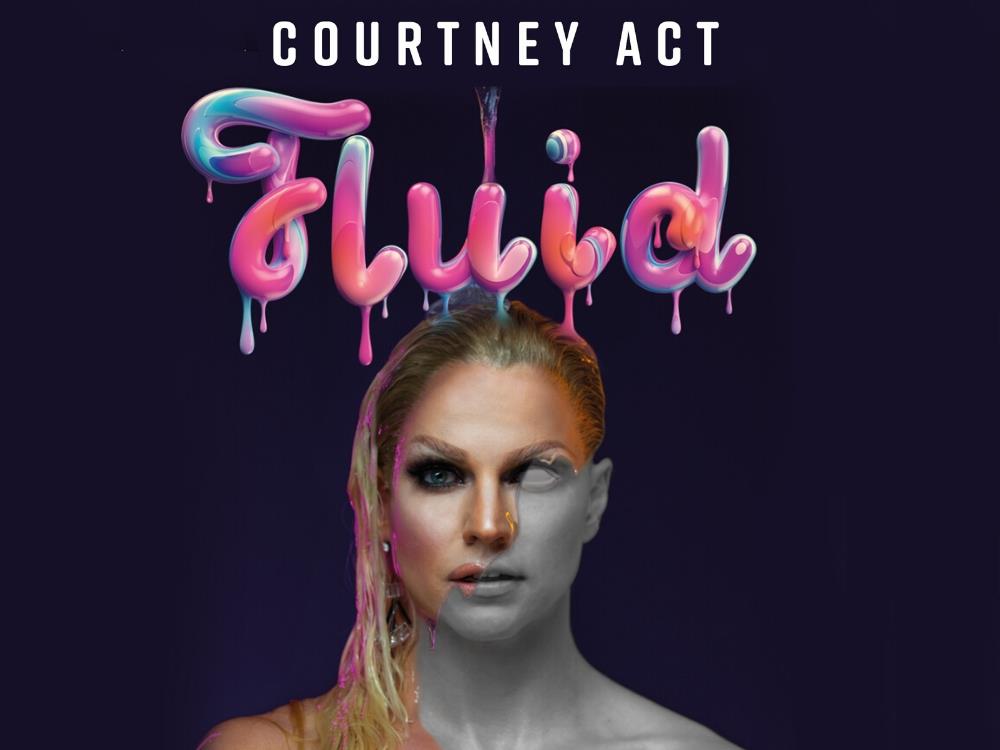 Dive into a cool, refreshing ocean of fluid sexuality and gender with famed drag artist and cultural provocateur Courtney Act, as she explores and pours her creative juices into her latest pop-cabaret, Fluid. In a world beginning to tear down cultural dams of the past, bringing floods of ever-changing ideas of who we are, what we are and what we might become, Courtney takes audiences on a voyage with an evening of song, soul and sexuality, plunging into the rapids of our times and reflective ponds of her own journey and experience.

Courtney Act is a contemporary artist who embodies the zeitgeist of an era. Bursting onto the scene in 2003 as the first artist to show their gender fluidity, as well as natural talent, on national TV, boy Shane Jenek, was passed by during the auditions for Season 1 of Australian Idol. He returned the next day as girl, Courtney Act, showing the judges much more than her musical ability and becoming one of the most iconoclastic contestants the show has ever seen. Courtney Act has been going from strength to strength ever since, stealing the hearts of millions of viewers across the world as one of the Top 3 artists on Emmy Award-winning RuPaul’s Drag Race in 2014.

Her heartfelt, honest and embracing show, featuring new self-penned music and stories from the evolution of a fluid life, visits Worthing following sold-out dates in Australia.

Alternatively, our Connaught Theatre box office kiosk is open every day of the week, and is just 4 minutes walk away. Excludes Christmas Day, Boxing Day and New Years Eve.

Our box office hours are changing frequently based on govt. advice. Our apologies if it is not open when you call. We are experiencing a high volume of calls.

We are behind Worthing Town Hall - next to the Civic Centre Car Park.

Worthing (WRH) station is 8 minutes walk away (0.4 miles). You can book train tickets and find access information on the National Rail website.

Worthing Civic Centre Car Park (BN11 1HE) is next to the venue. As a guide - weekdays FREE after 4pm (closed 8am to 4pm), Saturday up to 3 hours approx. £3 and or free after 6pm, Sunday free all day.

You can park immediately outside the venue for a few minutes to load or unload passengers.

Traditional bike stands are available outside Worthing Town Hall, which is a 1 minute walk away (0.1 mile). These are uncovered and unmonitored - left at owners risk.