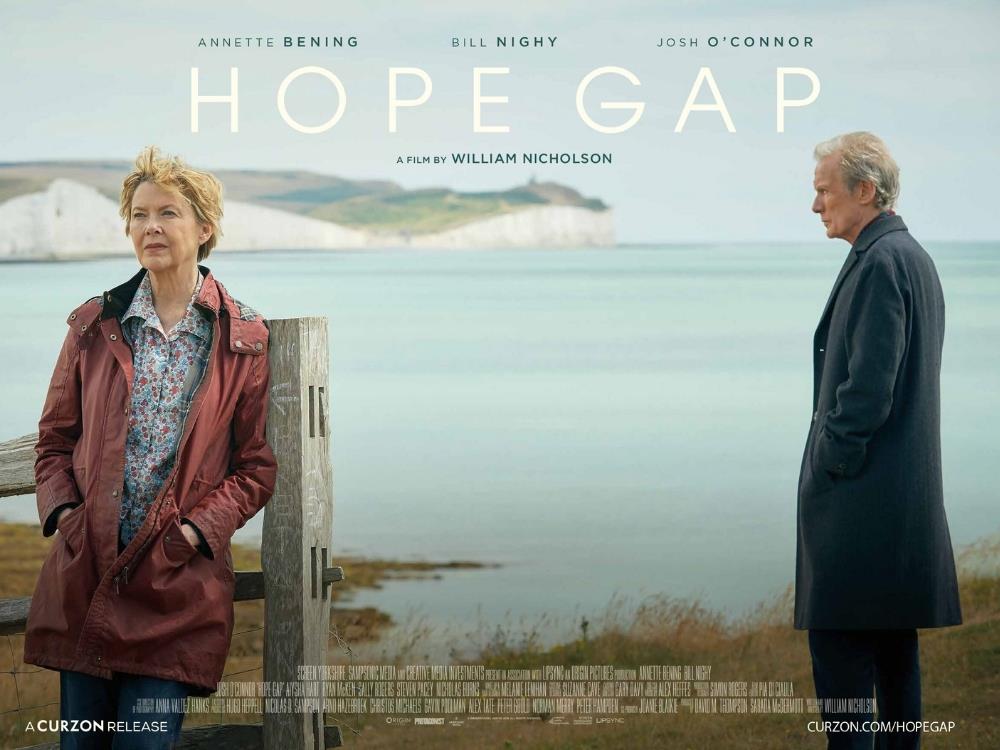 We are delighted to welcome writer/director William Nicholson to this screening to discuss the film afterwards.

Grace and Edward have been married for thirty-three years. The joy of a visit from their son soon gives way to despair for Grace when Edward announces he is leaving her. Loosely based on the break-up of his own parents’ marriage, writer-director Nicholson’s sensitive drama refuses to apportion blame, instead conveying the emotional turmoil that ensues in the wake of a long-term relationship ending. It’s a moving and impressively performed drama.

The film is set and shot on the south coast, offering beautiful views of our county.

The performances are terrific, especially from Bening who adds yet another deeply nuanced study to her gallery of complicated, smart women Leslie Felperin, The Guardian

About William Nicholson
William Nicholson was born in 1948, and grew up in Sussex and Gloucestershire. He joined BBC Television, where he worked as a documentary film maker. There his ambition to write, directed first into novels, was channeled into television drama. His plays for television include Shadowlands and Life Story, both of which won the BAFTA Best Television Drama award in their year; other award-winners were Sweet As You Are and The March. In 1988 he received the Royal Television Society’s Writer’s Award. His first play, an adaptation of Shadowlands for the stage, was Evening Standard Best Play of 1990, and went on to a Tony Award winning run on Broadway. He was nominated for an Oscar for the screenplay of the film version, which was directed by Richard Attenborough and starred Anthony Hopkins and Debra Winger. He was also Oscar nominated for Gladiator.