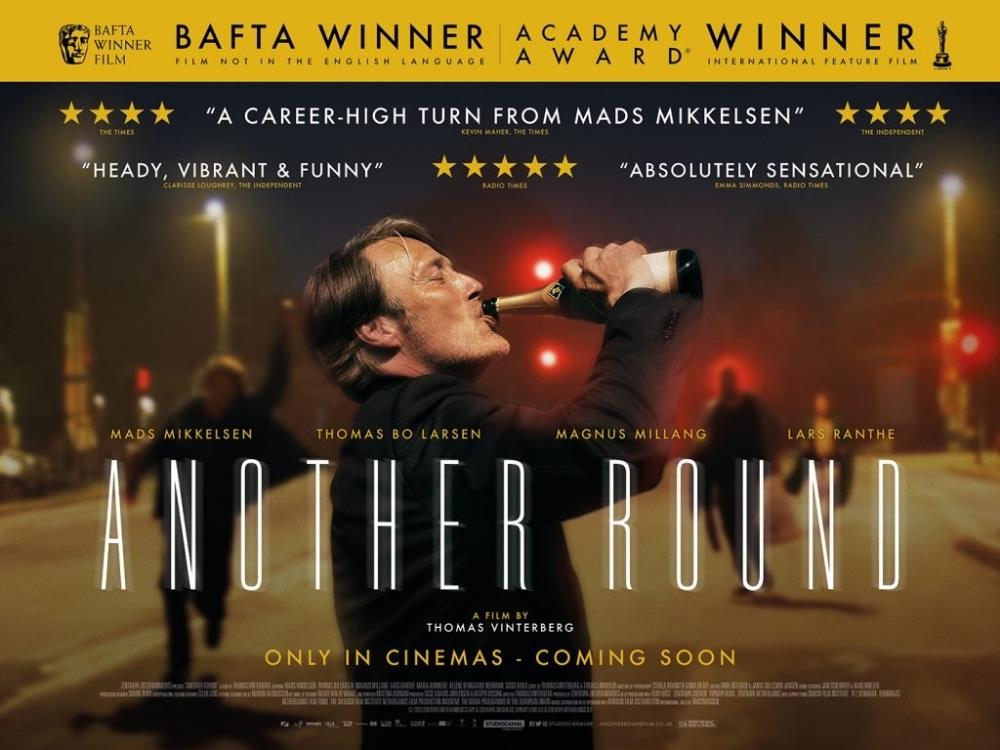 There is a theory that man is born with a lower blood/alcohol level than we should have. Martin is a high school teacher. He feels old and tired. His students and their parents want him terminated to increase their average. Encouraged by the theory, Martin and his three colleagues throw themselves into an experiment to maintain a constant alcohol impact in everyday life. If Churchill won World War II in a dense fog of spirits, what could the strong drops do for them and their students? The results seem positive – Martin’s class is in a different way now, and the project is being promoted to a real academic study with the collection of results. Slowly, but surely, the alcohol makes the four friends and their surroundings loosen up. But can it be sustained….

Winner of ‘Best International Feature Film’ at the 2021 Oscars & BAFTA’s.

★★★★ A funny film which is also desperately sad. ScreenDaily
★★★★ It sings, and it sparkles Los Angeles Times
★★★★ One of (Vinterberg’s) most absorbing works The New Yorker

Please Note This film is in Danish language with English subtitles