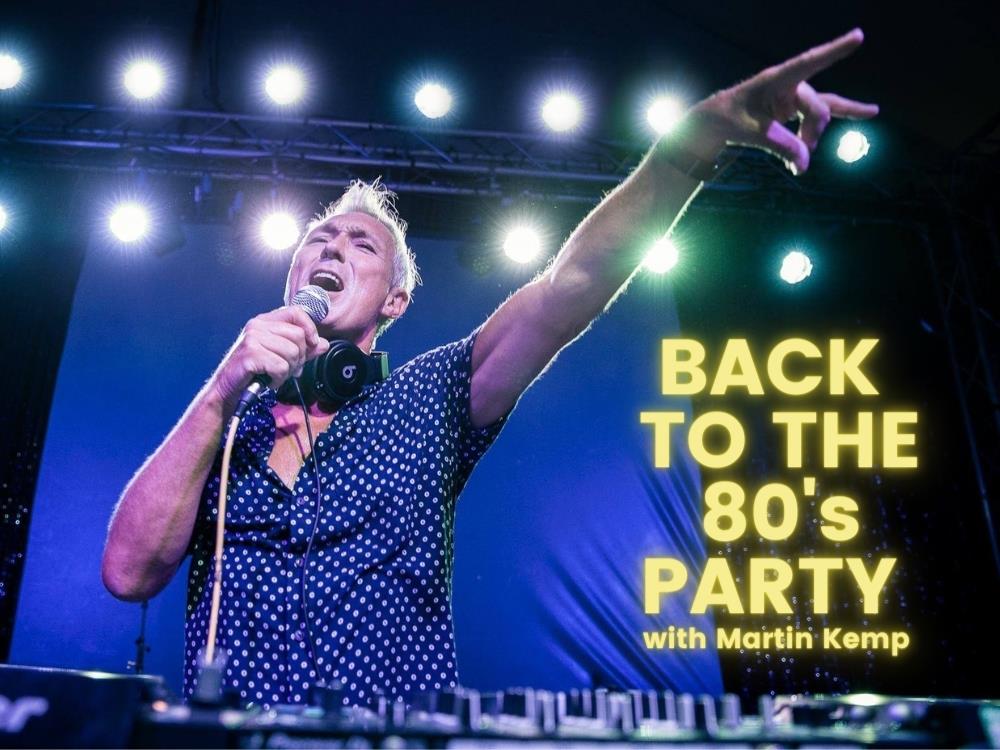 Back To The 80s Party with Martin Kemp

A euphoric massive singalong with a Spandau Ballet superstar!

Martin Kemp The Ultimate 80’s DJ Set.
The night will take you on an unforgettable journey back to pop music’s greatest ever decade.

Setting a course for the untouchable Eighties, where discos were dominated by pop’s finest pedigree, from Duran Duran to Chaka Khan, George Michael to Michael Jackson, Spandau Ballet and beyond; Martin Kemp’s Back To The 80s will take you on a whistlestop tour through all of the era’s most electrifying pop moments… and back again.

A new DJ show with Martin Kemp at the helm, Back To The 80s is fast gaining a reputation as the nation’s favourite eighties-themed night. Renowned for its roaring mass-singalongs and ecstatic atmosphere, press and public alike have been praising this show, with the Express & Star hailing: “It could have been a school disco back in the 80s – with the added bonus of a bar and the man spinning the hits being a member of one of the biggest pop bands of that decade… fantastic.”