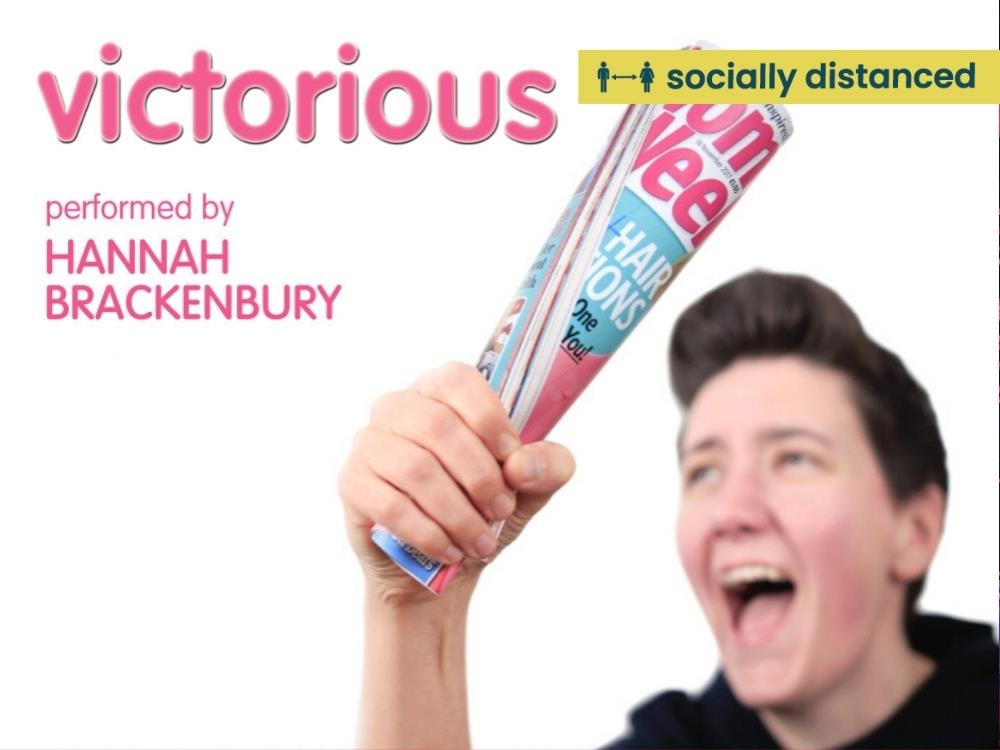 Featuring a generous helping of classic Victoria Wood songs including ‘Pam’, ‘Bum to the World’, ‘Music & Movement’ and the unforgettable ‘Ballad of Barry & Freda’, deftly interwoven with Brackenbury’s own original songs, witty poems and tender monologues written in memory and celebration of her life-long comedy hero.

Hannah Brackenbury is an established cabaret performer based in the seaside city of Brighton & Hove. She was a finalist at the Musical Comedy Awards 2016 and Pride’s Got Talent Cabaret 2018. She is also the musical director with the UK’s longest-running LGBTQ+ impro troupe, The Short & Girlie Show.

“This comedian is a class act… if Wood could have chosen someone to celebrate and showcase her work… I’m pretty sure Hannah Brackenbury would have been on her shortlist” Broadway Baby
“At the heart of this show is a deep respect for the late musical entertainment icon… a project born out of love and joy… Victorious moves you to tears and to laughter with a racy suburban rhyme and a tender touch” Latest Brighton
“Hannah not only sings catchy and witty songs of her own, she also give Victoria Wood’s catalogue the performance it deserves” Richard Vranch, The Comedy Store Players


Choose your date and time: